With so many characters, the series was bound to have many examples.

open/close all folders
Ho Yay
The interactions between the guys are a gold mine for this.
Advertisement:
Les Yay 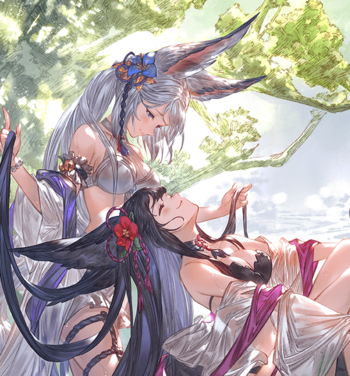 By the way, this is an official artwork for one character

The interactions between the girls are also notable.