The DeeBees are a race of robots created by DB Industries after the Locust War to handle dangerous tasks like construction work and high-risk security details, but were later assigned to combat roles. They are deployed via drop pods from Condors and Vultures, and occasionally assisted by Kestrels. Despite their heavy armor compared to Gears and the Swarm, they lack combat maneuverability and flexibility, since they were initially designed and programmed for security. Furthermore, their shock weapons in general deal less damage than conventional Gear or Locust weaponry, though this changed when they started using lethal weapons. As their name implies, Damon Baird is the Gadgeteer Genius responsible for their creation, even though he is not to blame for repurposing them for combat. 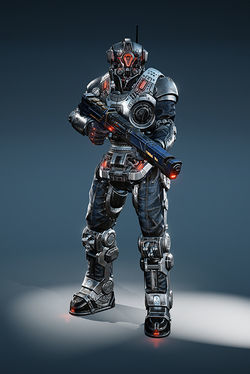 Deadeyes are humanoid DeeBees that are a sniper class of the Shepherd on the battlefield, and are specialized in wielding the EMBAR rifle. They have less health than Shepherds, though this is offset by the damage their rifles can deal. 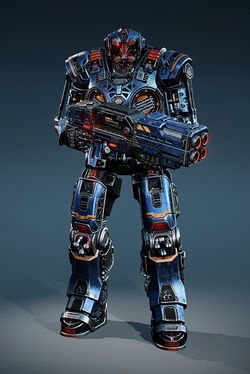 DR-1s are humanoid DeeBees that are slower but stronger than the regular Shepherds. Armed with the Overkill shotgun, they use jets in their feet to shift sideways and evade attacks, and even jump over cover. When they take enough damage, their core will glow yellow and they will charge towards the player and explode. They are also capable of wielding the Guardian's heavy weaponry. They come in 3 variants: Protectors, Oppressors and Devastators. 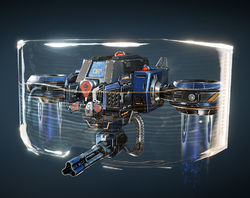 Guardians are weaponized versions of Watcher security drones. They are large, flying DeeBees that have both defensive and offensive capabilities. Guardians have a regenerative shield that can come back up rather quickly once deactivated. They are armed with a Tri-Shot Chaingun or RL-4 Salvo Rocket Launcher depending on if they’re a Guardian or Sentinel respectively.

Kestrels are fully-automated attack drone helicopters that act as air support for the DeeBees. Their primary means of combat are two massive machine guns along with a missile launcher. Each Kestrel also comes with a storage compartment for a single DeeBee pod that can be dropped onto the battlefield. 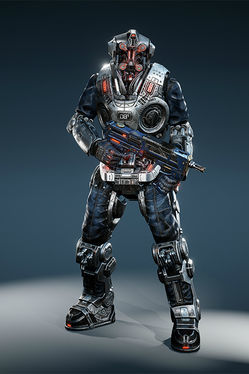 Shepherds, also known as Peace Makers, are humanoid DeeBees and are the standard DeeBee encountered on the battlefield. They are armed with the Enforcer SMG, providing light fire but often in larger numbers. 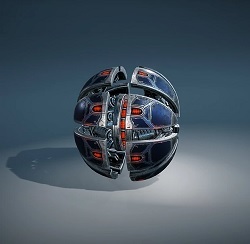 Trackers are small ball-like DeeBees that roll around the battlefield to close in on the enemy and explode. A variant of this DeeBee known as the Shock Tracker attempts to shock the player instead of exploding.