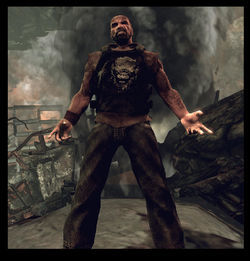 "Maybe I don't want no COG protection. Maybe I'm worried that you assholes gonna make me give up too much to get it. And if we ever get back to normal, I ain't sure I'm even gonna like your kind of normal."

A Stranded gang leader and friend of Dom's, he assists Delta in the first game and is in a deleted scene in the second. 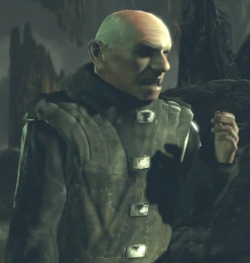 "You Nincompoops. Look at this place. You've burned half the neighborhood, and we've got Locust and Kryll flying up our asses, all thanks to you!"

An old Stranded who owned a gas station in Ephyra, until it was accidentally destroyed by Delta Squad. Chaps then led a group of Stranded underground, hoping to evade both the COG and Locust, until he was found by Delta Squad. 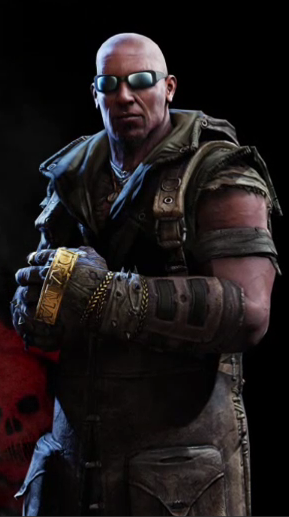 "Every CEO should work a decade on a fuel rig, get familiar with the worst of it like I did. That right there is the only business education you'll ever need."

A Stranded leader in the destroyed city of Char, who Delta Squad meets in Gears of War 3. Formerly president of Griffin Imulsion.

A former staff member of a COG birthing creche in Jilane, Matron became the leader of the Grevious Bodily Love, a group of Stranded women and children who survived the massacre in the city.

Leader of the Lesser Islands Free Trade Association, Ollivar is a powerful Stranded warlord who commands the Stranded insurgency against the COG on Vectes.

One of the three Stranded who raped Bernie Mataki, Massy resided in his brothers settlement on Vectes until the COG arrived on the island and captured him.