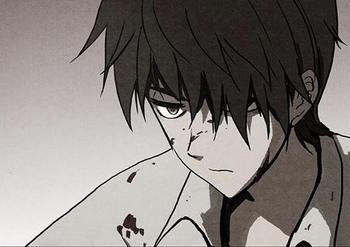 The main character. He’s a young man who was raised by a serial killer as an accomplice, and is now trying to thwart his father at every opportunity.

A new transfer student at Jin's school who saves his life from a bully. She becomes his dad's latest target when he sees her at the hospital.
Dongsoo Seon
The main antagonist of the story, Dongsoo Seon is Jin's father, and is the well-known CEO of a giant corporation. He's also a serial serial killer who's successfully portrayed himself as a kindly and upstanding citizen for years.