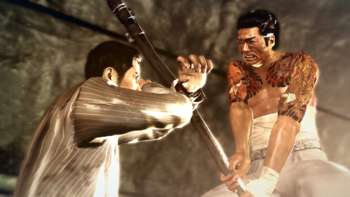 "As long as I'm alive, I'll keep coming back for more...NOW DIE, YOU LITTLE SHIT!"
Advertisement: