Adaptational Attractiveness / A Song of Ice and Fire

HBO's live-action adaptations of George R. R. Martin's A Song of Ice and Fire universe have a lot of this, partly because the novels actively avert Hollywood Homely and Beauty Is Never Tarnished and partly because simulating gruesome injuries is just plain impractical for television: 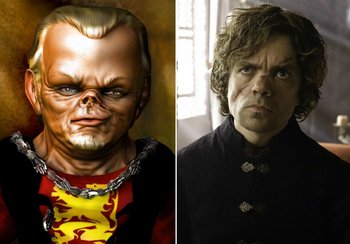 Alternative Title(s): Game Of Thrones, House Of The Dragon