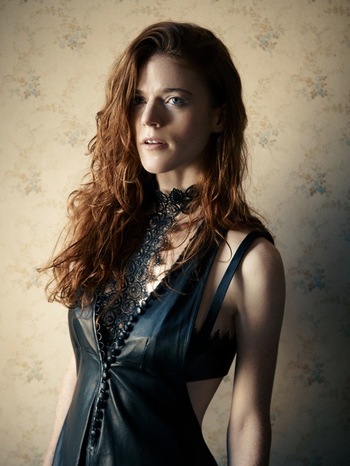 Rose Leslie (born Rose Eleanor Arbuthnot-Leslie; 9 February 1987) is a Scottish actress. She's perhaps best known for her portrayals of Gwen Dawson in the first series of Downton Abbey, Ygritte in Game of Thrones, and Maia Rindell in The Good Fight. She is of Scottish nobility and one of the many descendants of Charles II. (Another is her Thrones love interest Kit Harington, who she married in June 2018; they have a son born in February 2021.)

Tropes relating to her performances: