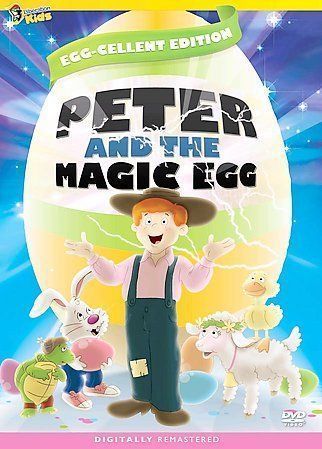 Peter and the Magic Egg is a 1983 Easter Special that's a tie-in to the PAAS company's long-successful Easter egg dye kits. Two struggling Pennsylvania Dutch farmers, the Dopplers, adopt Peter Paas, a boy they found in their chicken coop and learn he's not human — rather, he's the son of Mother Nature herself. He and his talking animal friends work to save his adoptive parents' farm from the evil Tobias Tinwhiskers, a local landowner who believes so strongly in the superiority of machinery to human labor that he has had himself transformed into a cyborg and who holds their mortgage. When Tinwhiskers hatches a devious plan that leaves Peter's life hanging by a thread, only the hatching of a magic egg can set things to rights...but what exactly is inside it that can pull off such a miracle?

This Easter special provides examples of: