Webcomic / A Fairytale for the Demon Lord 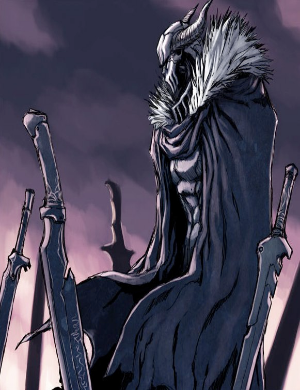 "Today, once more, I have slain a knight from another land."
A Fairytale for the Demon Lord is a Korean Manhwa Webcomic about a knight who rescues a princess from the wicked demon lord who has kidnapped her.
Advertisement:

. For those who want to see the original Korean version, go here

. A sequel comic has come out, A Fairytale for the Demon Lord: Season Two.

(Be warned that spoilers abound below; the worst of them have been tagged, but it's hard to list any tropes at all for this work without spoiling some things.)

The Tropes associated with the series