Web Animation / In a Heartbeat 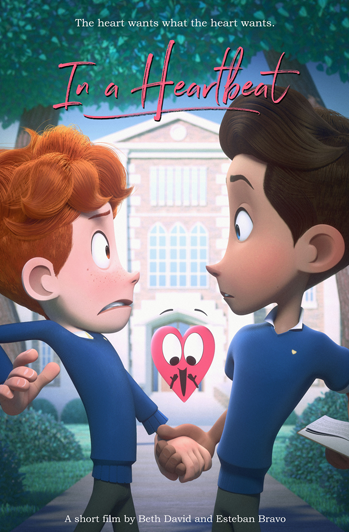 In a Heartbeat is an animated Short Film created by Esteban Bravo and Beth David, produced at Ringling College of Art and Design.

It follows Sherwin, a middle school boy who is struggling to come to terms with his crush on Jonathan, the most popular boy in school. Sherwin must chase after his own heart to stop it from revealing his true feelings to Jonathan, and the entire student body.

Its Tumblr production blog is here.

Not to be confused with the live-action Disney Channel series of the same name.

In a Heartbeat provides examples of: