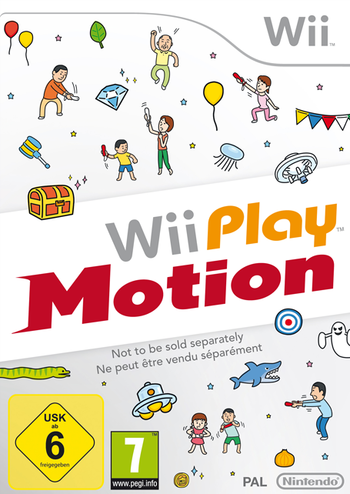 Wii want to play some more!
Wii Play: Motion is a game published for the Wii by Nintendo in 2011 that stars the Miis. It's the direct sequel to Wii Play and, like its predecessor, it primarily aims at familiarizing the players with new features, in this case the Wii Motion Plus.
Advertisement:

Wii Play: Motion features 12 minigames, some of which have different modes: