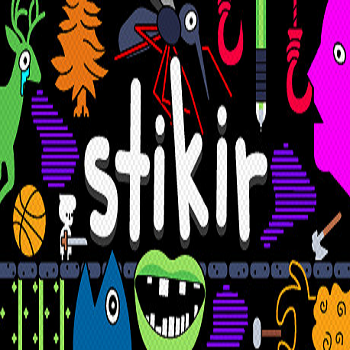 stikir (yes, that's the way it's officially written) is a Platform Game (well, sort of), developed by Bilge Kaan (who had earlier created Indecision.) and released on October 23rd, 2019 for PC through Steam.
Advertisement:

It is described as "a game about making this game". To go any further invites the risk of spoilers, so interested readers may be better served by getting the game first and reading the page later. Though, while a typical Deconstruction Game is outright freeware, stikir is very cheap, but still has an asking price.

Compare to Adobe Flash game There Is No Game.