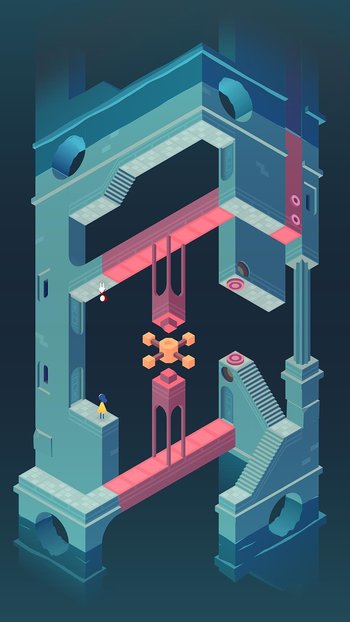 Your geometry can't save you now
Advertisement:

A game for iOS and Android, Monument Valley 2 is the sequel to the 2014 hit Monument Valley by ustwo games. Both are isometric puzzles game where perspective is used for otherwise impossible geometries to exist a la M.C. Escher. A "Panoramic Edition" port to Microsoft Windows was released via Steam in 2022.

Ro and her daughter are on a quest to restore the monuments of their people. Despite the fragmented ruins of Monument Valley blocking their way, paths can be made through the power of impossible geometry.