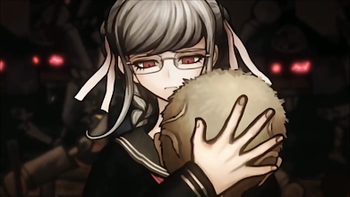 She swore to protect Fuyuhiko. Monokuma made sure she broke that promise.