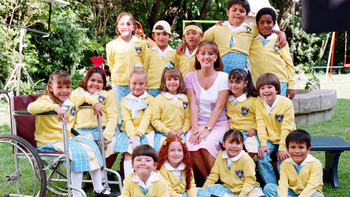 ¡Vivan los niños! (English title: Long live the children) is a 2002 Mexican telenovela that lasted 155 episodes. It is a remake of Carrusel, which itself was a remake of the Argentinian series Senorita Maestra.