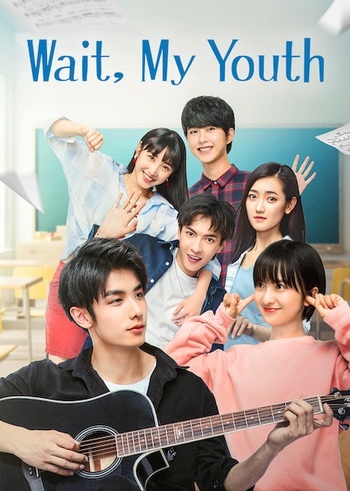 Wait, My Youth (等等啊我的青春), also known as Salute My Youth, is a 2019 Chinese Series starring Li Jiaqi and Zhao Yiqin, spanning 24 episodes. The series is available with subtitles on Netflix

Su Cancan starts the series as an ordinary first year at Ningyuan High School with a long time crush on Lin Jia Zhe, a high performing student who barely knows who she is. She inadvertently meets and becomes seatmates with his best friend and reputed troublemaker, Lan Tianye. Their relationship grows as form a radio broadcasting club at their school. The series follows the friends as they enter college and adulthood and experience the highs and lows of romance.