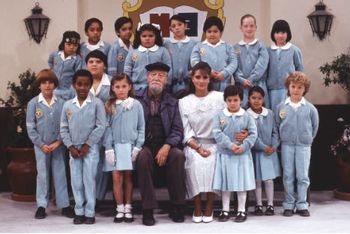 Carrusel (Spanish for "Merry-Go-round") is a popular Mexican Soap Opera that aired during 1989-1990. It revolved around a teacher and her 2nd grade class. Remake of the Argentinian soap opera Señorita Maestra ("Miss Teacher")