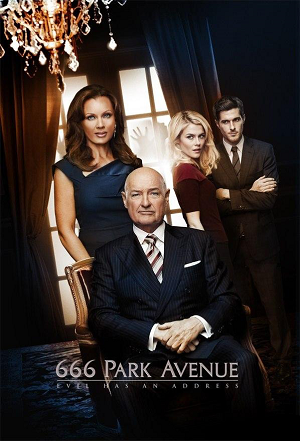 Based (very loosely) on a book by Gabriella Pierce, the show is about a young couple hired to be the managers of a luxurious NYC apartment complex, called the Drake. Soon enough, Jane (Taylor) starts noticing weird stuff happening and having weird dreams, and starts to wonder whether their employers, the Dorans (O'Quinn and Williams), and especially Gavin, the husband, have something planned for them...

The show was cancelled in November 2012 and has a total of 13 episodes.

Tropes Associated with this show: