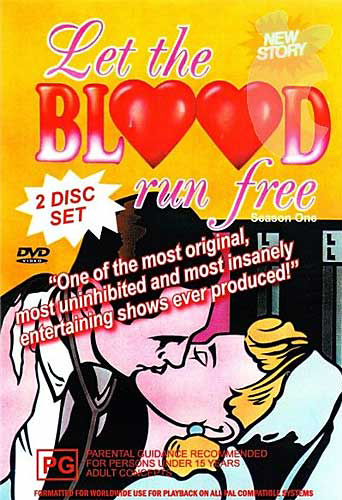 What do you get when you take Scrubs, slash the budget dramatically and then do lots of acid? You get this very bizarre comedy from 1991, based on an improv stage show.

The storylines, such as they were, centred around the decaying, underfunded St. Christopher's Hospital in Melbourne, Australia. It's so underfunded that the staff rarely extended past the small cast, and they only seemed to have one operating room. There was a Matron, two Doctors, two Nurses and an Orderly. Not surprisingly for a TV show in a hospital, there were storylines centred around murder, deception, pregnancy and, well, whatever the hell the writers had to work with.

The real appeal of the show came from the heavily-improvised, Writing by the Seat of Your Pants storylines, which were written only days before the episode was to air. This was due to the creative team deciding to take the approach of the original stage show, and having the audience vote on whichever plot twists were to occur next. This, of course, left little room for an actual budget, which meant that the main "hospital" set consisted only of the reception, the poorly-stocked ER, and some offices, with the rest appearing as a canteen (in one scene only) and a mural representing a hallway.

The Show contained examples of