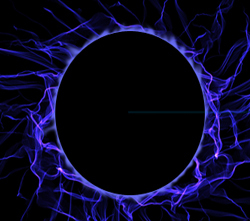 Quite possibly the longest-running - if not the longest, given the reception of the parent show's latter seasons and its later miniseries - forum RPG based in the Heroes universe, Eclipse: A Heroes RPG is a play-by-post roleplaying game which began in July of 2008.

Created as a result of both the founders' love of the show and their distaste of the direction the show beyond Season/Volume 1, Eclipse decided to focus on a player-created original cast, relegating the show's characters to either occasional cameo appearances in out-of-character threads or appropriate references before being abandoned completely.

As a result of breaking away from the show's plot in such an abrupt fashion; only matching its canon verbatim up until the timeskip following the airborne explosion at Kirby Plaza (Season 1's finale, How To Stop An Exploding Man), Eclipse and its denizens set out on a divergent timeline all its own. Starting from their own Volume Three, the site made it up to Volume Ten in the middle of 2017 before effectively shuttering.

This site provides examples of the following tropes: