"I’ll make a note of your change of address. Wouldn’t do to have an interruption in the supply of cats."
— Dr Cameo Thurlow 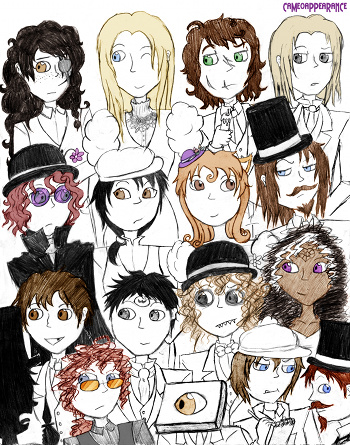 is... most of the cast.
Advertisement:

is a roleplaying group centralized on Tumblr based around Fallen London as a setting. Characters all have their own accounts on Fallen London, and some roleplay takes place in the actual game via social actions, such as sending boxed cats.

A SMALL SAMPLE of VARIOUS MISDEMEANORS and OTHER THINGS OF NOTE, ET AL. :