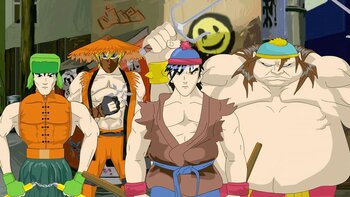 The boys lie to get ninja weapons from the fair, but must decide whether or not to tell their parents when Butters is injured with a throwing star.