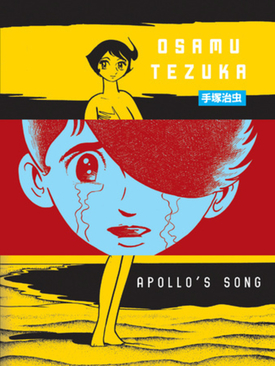 It tells the story of a boy named Shogo Chikaishi, who grows up lonely, bitter and angry because of his mother's hatred for him. This leads Shogo into a pathological hatred of love and sex, killing animals as they mate or nurture their young. After murdering a hen, he is arrested and taken to a mental institute.

When he receives electric shock therapy, Shogo gets an out-of-body experience and meets the Greek goddess of wisdom, Athena. For his hatred of love, she condemns him to be reincarnated in different timelines, suffering pain and heartbreak, in order for him to find the true meaning of love.

Through the manga, Shogo encounters love as a soldier in Nazi Germany, as a pilot stranded on an island with a beautiful photographer, and as a revolutionary in a far-future world ruled by synthetic humanoids, only for it to end in tragedy every time. In the modern world, an encounter with a nymphomaniac and Shogo's murderous hatred of love cause more deaths, forcing him to go on the run from the police, where he shacks up with a female athlete named Hiromi, who puts him through a fierce training regiment in order to become a marathon runner... and, almost by accident, teaches him to fall in love. But even as Shogo learns his lesson, fate is not kind to him or his lover...