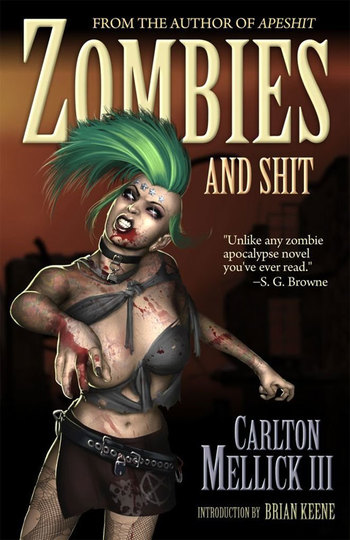 Twenty people wake to find themselves in a boarded-up building in the middle of the zombie wasteland. They soon discover they have been chosen as contestants on a popular reality show called Zombie Survival. Each contestant is given a backpack of supplies and a unique weapon. Their goal: be the first to make it through the zombie-plagued city to the pick-up zone alive. But because there's only one seat available on the helicopter, the contestants not only have to fight against the hordes of the living dead, they must also fight each other.

A campy, trashy, punk rock gore fest that is as funny as it is brutal, as sad as it is strange. An edge-of-your-seat thrill ride that twists the zombie genre into something you've never seen before, but always wanted to.