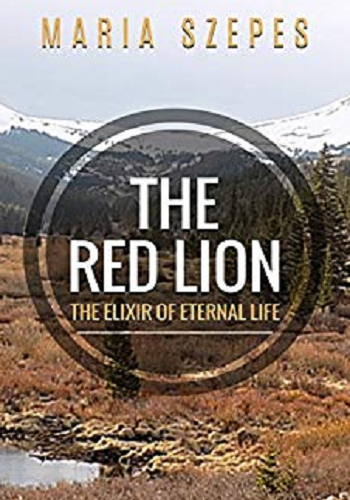 A modern cover of the Kindle edition.
The Red Lion is the first novel by Mária Szepes and was first published in 1946 in Hungary (original title: A Vörös Oroszlán). During the communist regime ''Rákosi'' The Red Lion was considered to be nonconformist and therefore was prohibited. All copies of the book were ordered to be destroyed. However, the librarian and novelist Béla Hamvas managed to save four copies. Then, several supporters of the author typed up the novel, made templates for printing, and released the self-made copies through the underground. Almost 40 years later, the novel arrived at the desk of the Heyne publishing company via the agency Utoprop. The book was translated into German by Gottfried Feidel and was published as a paperback in 1984. More details regarding the history of origin are reported by Hans Joachim Alpers in his preface of the 2002 re-issue.
Advertisement:

The story centres around the unhappy Hans Burgner, a miller's son born in the 16th century. After the death of his weak father and of a likewise miserable but beloved teacher, he becomes afraid of the unavoidable death of all living things. Driven by a monomania fed by persistent rumors of an Elixir of Immortality, he becomes an apprentice of a mysterious physician and alchemist. However, instead of listening to the Alchemist's compassionate counsel and warnings, Burgner is driven by feverish greed to murder him; in this way, he acquires Elixir while he is still spiritually unprepared, and is cursed thereby. This is the starting-point of a journey through the centuries: while Burgner can physically die, the Elixir enables him to retain the full memory of his previous lives as he repeatedly reincarnates into a variety of different circumstances. It also bestows upon him a profound spiritual sensitivity. Several times he attempts the Great Transmutation in order to deliver himself from his self-imposed curse. Hans Burgner is refined through his various incarnations. Against the backdrop of the last five centuries of European history, he undergoes dramatic personal development: beginning as a spiritually unawakened (and even infamous) character, he matures spiritually through the various challenges he is led to confront. He is first an initiate and Aspirant, eventually attaining the perfection of human personality which characterizes the Magus, or spiritual Adept.

The Red Lion contains examples of the following tropes: