Literature / Stranger Than Fiction: The Life and Times of Split Enz 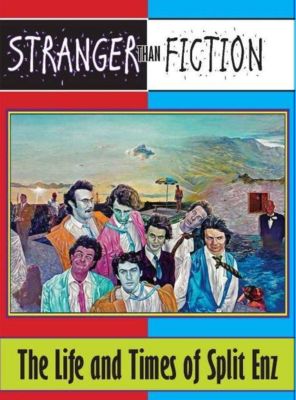 "Stranger than Fiction"
"Larger than Life"
"Full of Shades and Echoes"
"It's the Story of my Life!"
—Stranger Than Fiction, Split Enz
Advertisement:

Stranger Than Fiction: The Life And Times Of Split Enz (no relation to the Will Ferrell movie) is a semi-autobiographical novel written by Mike Chunn ('semi' as Chunn left the band before their third album) detailing the life and times of the New Zealand premier New Wave band Split Enz, headed by Tim and Neil Finn. The group was best known for their wildly original music and, erm, wildly original appearances (that they only actually wore for the Seventies).

Chronicling their beginnings from an Auckland flat (and even further back in the case of the Finn and Chunn brothers) to their final (non-reunion) concert and even beyond, the original book is now long out of print but with the author's permission can now be read online here.

Tropes applying to this band:

Writing letters to my friends, tell them all about Split Ends...