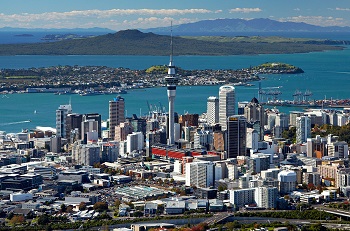 The City of Sails
Auckland is the largest city in both the North Island and in New Zealand overall (although not the capital city; that's Wellington) and the fifth largest city in Oceania with a population of 1.4 million people. It is frequently rated amongst the most liveable cities in the world - placing third in the 2012 Mercer Quality of Living Survey and tied with Vancouver at fourth in 2010.