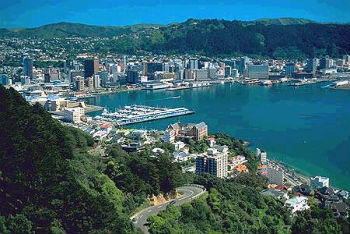 Wellington is the capital of New Zealand. Nearly 400,000 people live in the four cities that make up the country's second largest urban area: Wellington, Porirua, Lower Hutt and Upper Hutt. Apart from being the political capital of New Zealand, it is also the film capital of the country, thanks to Peter Jackson and his highly successful Lord of the Rings trilogy, and both Weta Digital and Weta Workshop are based here. The city is affectionately known as "Wellywood" and "Windy Wellington", thanks to a few too many gale-force north-westerlies.