Western Animation / Not Without My Handbag 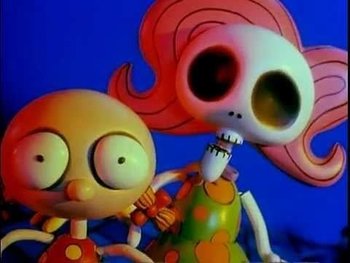 "Not Without My Handbag" is a 1993 short created by Aardman Animations directed by Boris Kossmehl and co-written by Kossmehl and Andrea Friedriech. A woman misses a payment on her washing machine and is sent to hell, but comes Back from the Dead to retrieve her handbag.

Tropes in the short include: