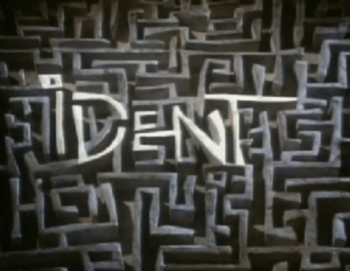 Ident is a stop-motion animated short film from Aardman Animations that was released in 1990.

The short follows a day in the life of a relatively unremarkable man who has to navigate mundane adult activities through a literal maze. As he does so, he's forced to wear a series of masks to impress the people he regularly interacts with such as his wife, his boss and his friends.