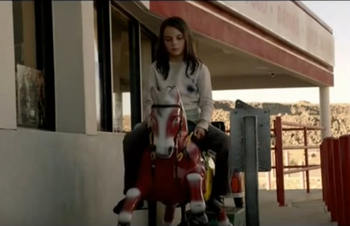 X-23: Little Miss Badass, Pint-Sized Powerhouse... Pony rider.
Although set up as a very bleak Tear Jerker of a movie, Logan is not without its funny moments.