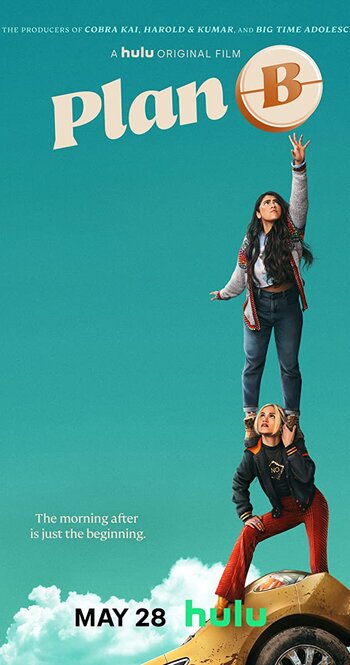 The morning after is just the beginning.
Plan B is a 2021 Teen Buddy Road Comedy film, directed by Natalie Morales, and starring Kuhoo Verma and Victoria Moroles.
Advertisement:

It follows a straight-laced high school student, Sunny (Verma) and her slacker best friend Lupe (Moroles) who, after a regrettable first sexual encounter, have 24 hours to hunt down a Plan B pill in South Dakota.

Not to be confused with an earlier Argentinian movie Plan B.