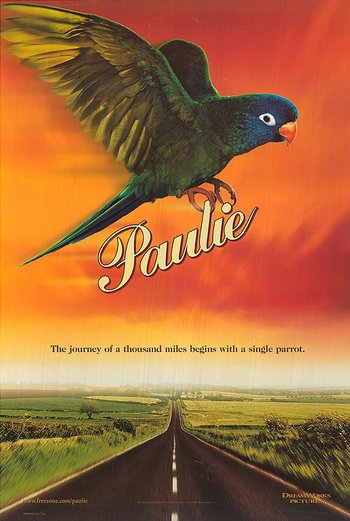 Paulie is a 1998 family film about a talking parrot, more accurately a blue-crowned conure. The film was directed by John Roberts, previously known for such films as "This Boy's Story" (1992) and "War Of The Buttons" (1994). The main stars were Jay Mohr, Tony Shalhoub, Hallie Kate Eisenberg, Buddy Hackett, Gena Rowlands, Cheech Marin, Tia Texada, Bruce Davison, and Trini Alvarado.