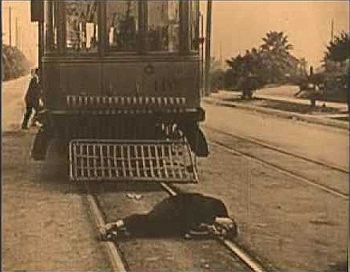 Goodbye, cruel world.
Fired from his job, jilted by his girl, down on his luck...
— opening title
Advertisement:

In this 1921 short, a despondent Buster Keaton decides to end it all, but then he gets a job, meets a girl (Virginia Fox) and his luck changes — or does it? Hilarity ensues.

"Hard Luck" can be seen at Google Video.