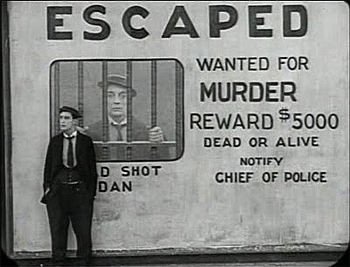 The Goat is a short film from 1921 written by, directed by, and starring Buster Keaton.

Buster goes from Forgotten Man to Most Wanted when his photograph is mistakenly circulated as that of an escaped criminal.

The Goat can be seen in its entirety at archive.org