Film / An Officer and a Spy 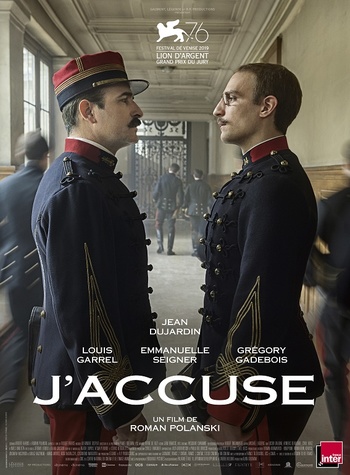 that took France by storm at the end of the 19th century and in the early 1900s. Harris co-wrote the screenplay.

Picquart, who can't stand lies and injustice in the army, decides to risk his career and his life, going against his hierarchy and struggling for almost a decade to expose the truth and liberate the wrongly convicted Dreyfus from the Devil's Island prison. Doing so, he gets help from some lawyers, journalists and politicians, who bring public attention to the affair.

The film came out in France on November 13, 2019. It won the Silver Lion at the Venice Film Festival.