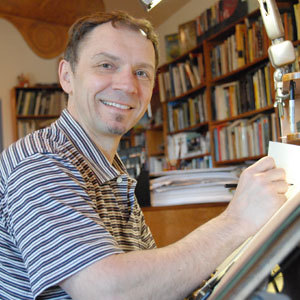 Andreas Deja (born April 1, 1961) is a Polish-born German-American character animator, most famous for his work at the Walt Disney studio, and a key player in The Renaissance Age of Animation, having designed the era's favorite Disney villains plus three major heroes and mascot Mickey Mouse.

He currently runs an art blog dedicated to the work of Disney animators, Deja View.