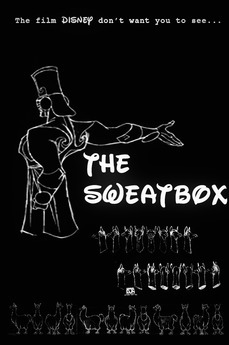 The Sweatbox is a 2002 documentary produced by Xingu Films and co-directed by Trudie Styler and John-Paul Davidson, covering the making of the abandoned Disney feature Kingdom of the Sun and its slow, painful transformation into the film The Emperor's New Groove. The documentary was made as part of the deal with hiring musician Sting to compose songs for the movie, and was filmed by Sting's wife Trudie Styler.

Due to the documentary painting Disney in a rather unfortunate light (as well as a sprinkling of casual profanity), the company has made sure that it will never get an official release—fortunately, copies of the documentary have made their way across the internet, which remains the only way to view it.