Western Animation / The Prince and the Pauper 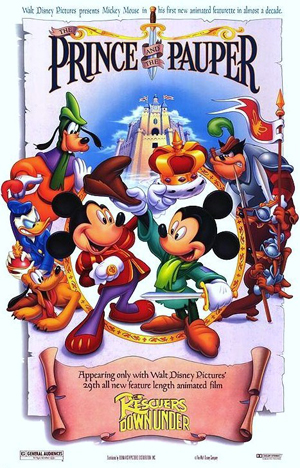 A 1990 short film from Disney loosely adapting Mark Twain's The Prince and the Pauper, starring Mickey Mouse as both the prince and the pauper. It was shown in theatres with The Rescuers Down Under. Notably, it was the final Disney animated short to use hand-painted cels, as well as the final appearance of Elvia Allman as Clarabelle Cow before her death in 1992.

The film served as the setting of the final level of the video game Mickey Mania.