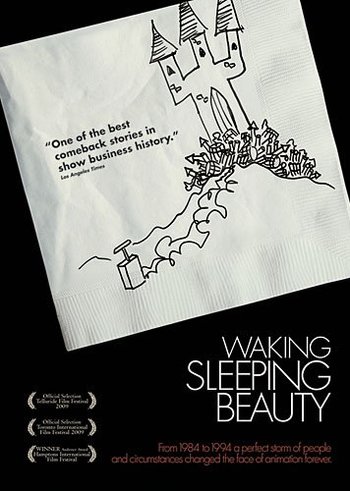 "I'd like to freeze my life right now."
— Michael Eisner
Advertisement:

Waking Sleeping Beauty is a 2009 documentary film chronicling the rise and fall of Walt Disney Animation Studios in the 1980s and 1990s, and how changes in management affected the studio and the successes the studio had in the "Disney Renaissance". The film was directed by Don Hahn, producer of Beauty and the Beast and The Lion King (1994).