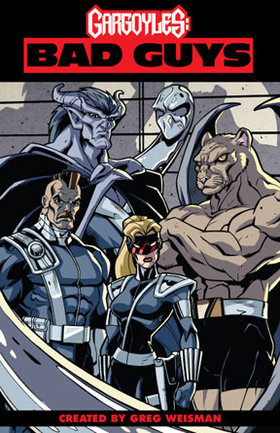 Bad Guys is a comic book spin-off from the TV series Gargoyles, written by series creator Greg Weisman. It ran for one six-issue story arc before the publisher, Slave Labor Graphics, fell out with Disney over licensing fees. A collected edition was published in 2009.

The premise involves various former antagonists from the parent series being recruited by a mysterious figure to form a secret strike force working "for the angels". They're expendable, they're deniable, but this might just be their shot at redemption.

Not to be confused with the Sonic the Hedgehog (IDW) miniseries of the same name.