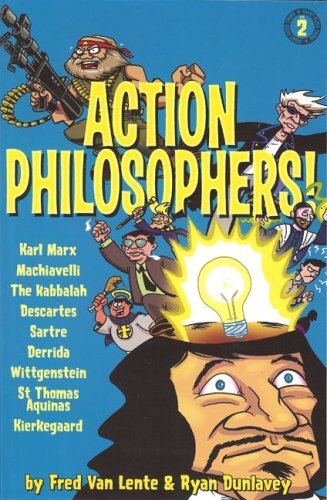 Action Philosophers! is a comic book series by artist Ryan Dunlavey and writer Fred Van Lente, it follows the cartoon adventures of caricatures of history's most famous philosophers. Possessing broad humor and making the often complex and metaphorical ideas of philosophy more easily understood than a traditional text would, the comic won the Xeric Grant award in late 2004. The comic concluded with its ninth issue in September 2007.

Philosophers featured in this comic, in order of appearance: