High School's Animation Club. Upon completing their first animated short together they've sworn that one day all five of them would be able to produce a professional animation film together. 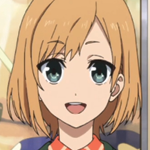 A semi-veteran member of Musashino Animation, having worked there for a couple of years, as well as a member of the Kaminoyama High Animation Club. 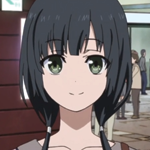 Another member of Aoi's old clique and fellow semi-veteran at MusAni. 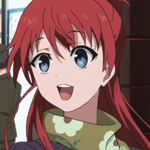 An aspiring anime voice actress working for Aka Oni Production, as well as a part-time waitress and a minor stage performer. 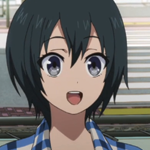 An aspiring 3D artist and another member of the Kaminomiya High Animation Club. She briefly worked for prestigious Super Media Creations, but dissatisfaction with the workplace moved her to transfer to lower-paying but less creatively restrictive Studio Kanabun. 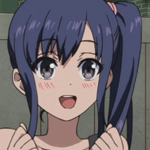 Youngest member of the Kaminomiya High Animation Club, the only one still in college, and an enthusiastic researcher. Starts moonlighting for the studio to research various things, and then gets officially hired as a setting researcher and their scriptwriter understudy.