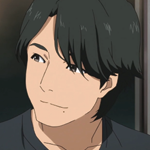 Head of MusaAni's ever-growing 3D computer graphics department, whose job is to pull off a more time-efficient, consistent and realistic approach for the animation department. Japan's current 3D technology is advanced enough to merge the look of 2D drawings with a 3D bone structure underneath to animate their projects without the audience ever noticing the difference, which leaves the traditional 2D animators at a high risk of losing their jobs. 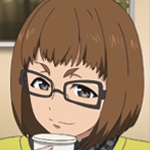 Base color, hightlights, and shades. This person is the one in charge of assigning, and applying the color palettes for each character and make sure to adjust palettes according to their various scenes. She also has the important task of nitpicking lineart note Cleaned, uncolored line drawings that are either inked or penciled. flaws to make sure each frame's lineart scan is cleaned up, and closed. Meaning, every single hand-drawn line connections are all attached to each other with no break-offs so that that drawn subject will not bleed note Meaning, color spreading out to unwanted places of the image when filled. when coloring. This is especially important nowadays since the coloring aspect of most artworks today are done on computer, rather than hand-painting on cel. 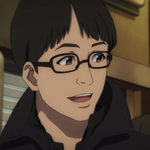 Yoshiki's department is responsible for the merge of animation cuts, background art and special effects into their respective frames, and proceed to make the final clean ups, lighting tweaks, special effect checks, holds the right to choose the compositions fitting for that scene, and insert the texts necessary for the cut. Once he finalize the visual compression, he will have to send those cuts back to the Episode Director note See "Editor" of the central staff subpage. for its final approval before he can send those cuts to the Film Editor to compress them into its film form. Depending on the progress, sound, music, and voice would either be done prior or after the cuts are visually merged; and his Photography Department has to await for the whole package to be done in order to compress the sound aspect of the cut to finalize the product. 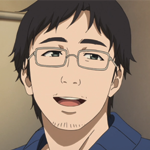 The very very last guy on the animation production line. Nakabayashi is responsible for making necessary preview discs of animated cuts for the staff to review and change whatever is necessary to perfect the cuts. On the other hand, their most important task would be receiving the finalized, merged animated package from The Director of Photography to do the final checkups of their product with the director and editors, make necessary edits, and even apply censorships according to each television stations' codes. Once everything's good to go, they will make the finalized compression of the animation into video form, a.k.a. the titular "Shirobako", and make Betacam

replicas for the production department to send off for television broadcast. 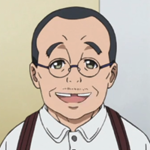 The head of Musashino Animation, a veteran in the animation industry, and a really nice person to boot. 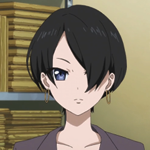 Marukawa's right-hand woman and former production assistant, being responsible for the company's anime promotion note Found in the credits of Exodus' OVA, finance, and various resource management, such as reminding employees to finish whatever leftovers that are in the fridge.