The protagonist of KTJ: SG. He's just a normal high school student who saved upperclassmen from a fire at his school. He is part of the Detectives, and his identity is Arata Shoto. 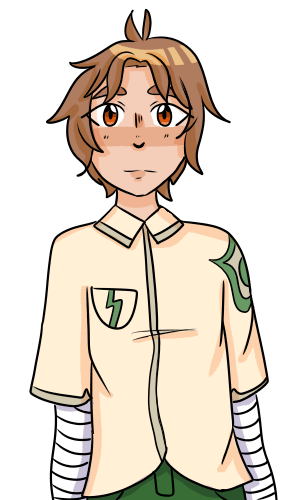 A bright girl who loves girls and kogal fashion. She is the first person that Protagonist meets in the manor, and one of his best friends there. She claims to be a detective, though her identity is not confirmed yet. However, Syringe affirms that Killer is a detective, though doesn't specify which when he confesses his own identity. Later on, Butler-kun confirms Killer is Edogawa publicly, while also confirming Syringe's identity. 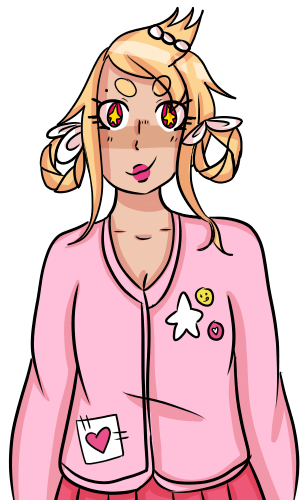 One of the more troublesome characters in the mansion, however, Protagonist has earned his affection and devotion, much to his ire (or so he claims). He is part of the Serial Killers, revealing his identity to Protagonist during his free time. His identity is Lover Boy. 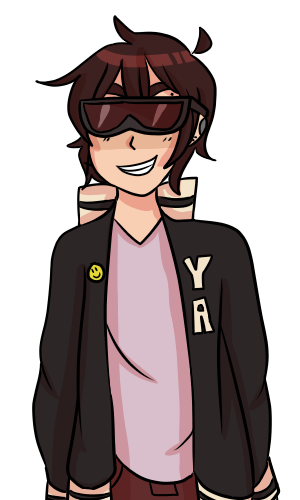 However, he is framed for Collector's suicide in CH 2 by Maid-chan for getting "too close to the truth". He is unceremoniously blended, even though he was not the culprit.

A young man whose enigmatic behavior and somewhat reclusive ways sometimes get him into trouble. He and Protagonist have a very good relationship. A very... gay relationship. He is part of the Serial Killers, despite being a former serial killer. He reveals his identity to Protagonist at the end of the prologue and seems to regret his actions deeply. He is the first confirmed identity besides Protagonist's. His identity is Enoh University's Ripper. 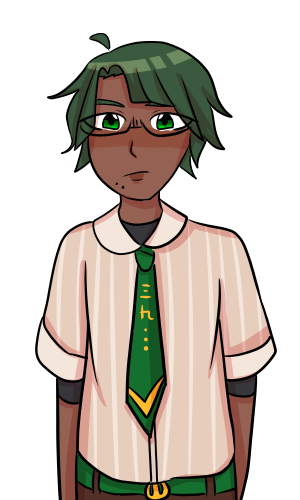 Though trying to assert himself to be the leader-type of the group, he is usurped by Protagonist in popularity. The two hold a disdain for each other. He is part of the Detectives, revealed during the CH 2 Revelation Ceremony that he is Dolly. However, soon after that, he ends up the CH 2 Victim. It is later revealed that though King is executed, his death was a suicide. 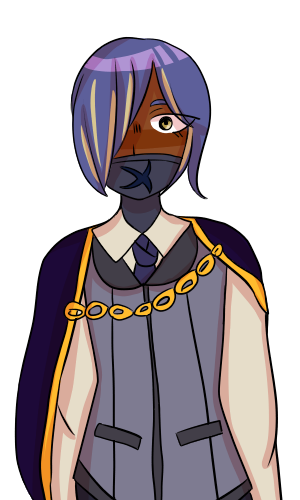 An upbeat and perky girl who seems prone to fits of strong emotion. She's passionate though, and gives everything her all. 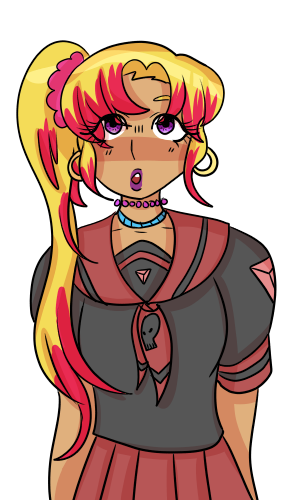 Sol's younger brother, a genius with technology, though he seems to be a little abrasive and more than a little eccentric. 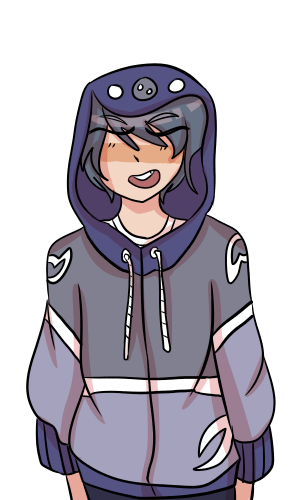 A strange-tempered girl who moves to the beat of her own drum. She's prone to daydreaming and seemingly unobservant. Despite this, she's one of the Detectives. She reveals herself to be Masquerade Butterfly to Protagonist after the Revelation Ceremony. 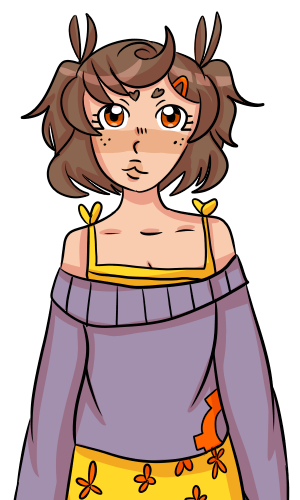 A supermodel who prides herself in her punctualness and schedule. She can be icy at first, however, once you win her respect, you gain a loyal ally. Flare reveals that ID says she is Dimlight during a CH 2 freetime, however, she claims to not have the memory to back this up, and is horrified with herself that she could've possibly done such a thing. 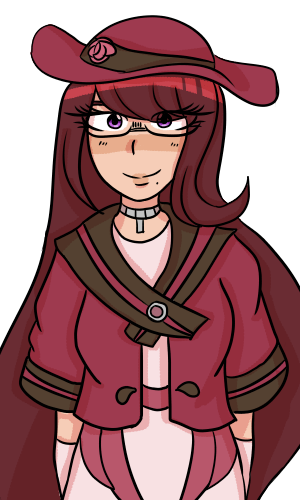 A super-pessimist who believes that someone in the manor will inevitably kill. She often speaks her mind against Protagonist's.

She is the Chapter 1 killer. This ironically makes her theory of someone killing right. Even more ironic considering it was her. She kills Rabbit using Diamond's trap to usurp Diamond's own plan to kill, protecting her from becoming like Valkyrie did. This ends up crushing Rabbit and breaking his ribs, causing him to die of respiratory failure. She is later executed by being hung by a rope.

At the end of the first trial, she reveals her name and identity to everyone because she knows Maid-chan won't. She's Bloody Mary, and her name is Coco Dyer. 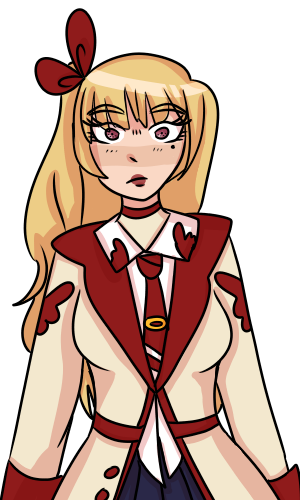 Luna's older brother, and King's childhood friend. He seems to be the mature and responsible type, and King refers to him occasionally as his "husband". 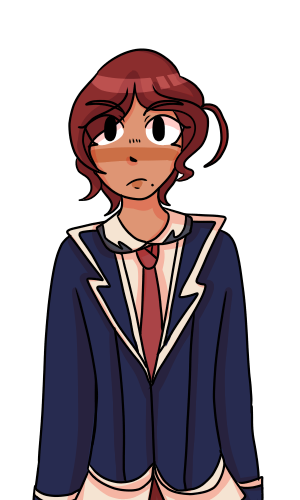 An eccentric young girl who is babied by the rest of the Manor for being the youngest, despite being "14..."? 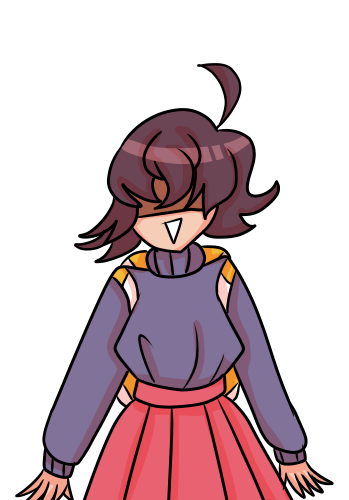 A boy who wants to be seen as normal more than anything else. He doesn't seem to be good on his own, and is often seen with someone else. Usually Syringe. It's very heavily implied during Chapter One that he's a Serial Killer, which ends up being confirmed during the Chapter Two Trial. His identity is Jabberwocky, who targets abusive parents. 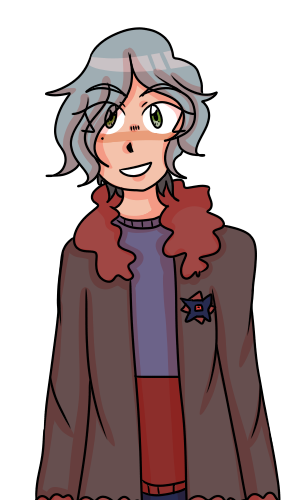 A boy with a passionate hatred for serial killers, he's one of the brightest minds in the manor. He likes to do his work himself, though keeps an eye on people from afar, though he'll occasionally be seen with Moth. Despite Syringe's hatred for serial killers, he is one. During Chapter Two, he confesses to Protagonist that he is Guardian Ogre, a serial killer noted to only target sexual predators. He considers himself a vigilante, and is redeemable, but it does make him come across as hypocritical. 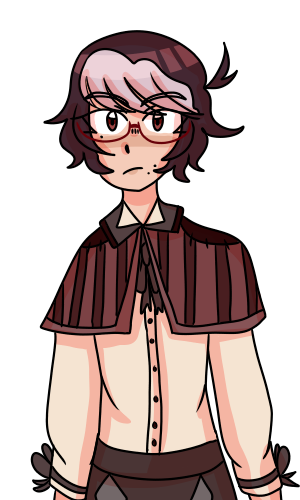 A girl who went through an unknown trauma and became a selective mute. She can't remember the trauma, but the feeling of unease lingers. Despite this, she can communicate easily through text-to-speech on her ID, and is relatively chatty. 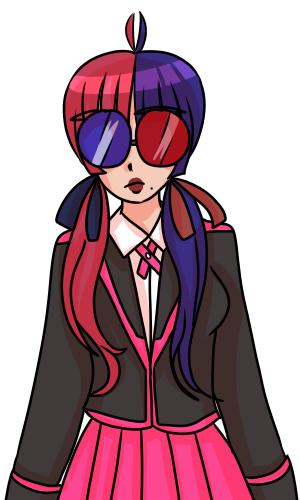 A young man who can only be described by others as creepy and overbearing. He's... yeah. To those around him, it's obvious he's a serial killer, and he never denies this - actually outright affirming it, though he yet to reveal which identity is his. 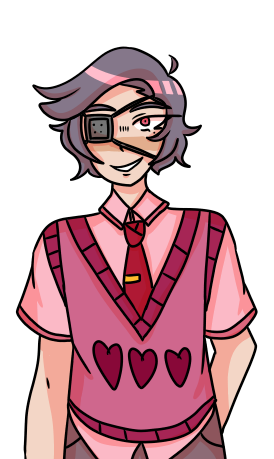 Despite being obsessed with love and horoscopes, Tailor seems not to be extremely unlucky in the area himself. He is a little desperate, though. 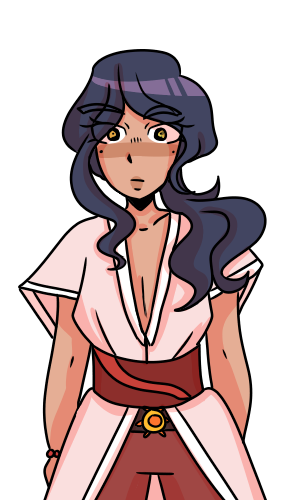 A standoffish young man with a foul attitude towards nearly everyone else. However, he's Spring's childhood friend. Or... scratch that. He's Spring's hitman for her yakuza family.

He is the Chapter 1 victim. It is revealed he was killed by Valkyrie, who pulled Diamond's planned trap as a lighting rig with a sword in it crushes Rabbit, and breaks his ribs - some of them puncturing his lungs. He doesn't die instantly, as Protagonist, Spring, and Killer are forced to watch him give out his dying last words. He ultimately dies of respiratory failure.

Maid-chan reveals his name to be Daisuke Hoshizora shortly after his death, but doesn't give his other status. During the first trial, King reveals that Rabbit was Yutsu's Creek Killer. 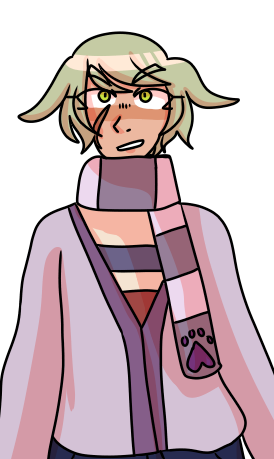