The Justice League of America (JLA for short) is the premier superteam of The DCU, a corps d'elite consisting of the company's most popular and iconic characters. The characters most commonly associated with the JLA are the so-called "Big Seven" of Superman, Batman, Wonder Woman, The Flash, Green Lantern, Aquaman and Martian Manhunter, but most of DC's top characters have been associated with the team at some point in their careers.

Many of these characters' series have their own character sheets; see there for details. 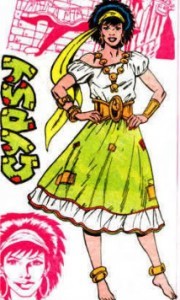 Cindy Reynolds was born into a happy suburban family, but her parents' relationship eventually soured. Fleeing their breakup, Cindy took to the streets when she manifested the power to turn invisible. She ran away to Detroit at around the same time the Justice League set up shop there, and after using her powers to covertly aid them in a fight, she was offered membership. Gypsy is almost a surrogate daughter to the Martian Manhunter and joined him in his Justice League Task Force. She has also been a member of the Birds of Prey. 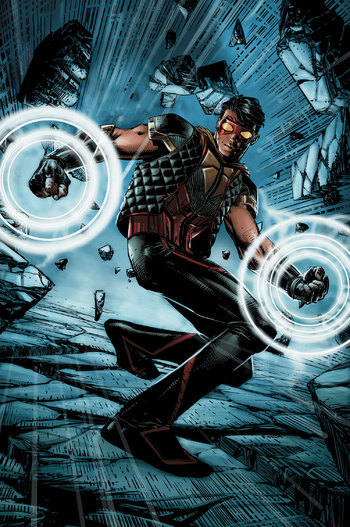 Several Cosmic Retcons later, Vibe was reimagined for the New 52 relaunch, renicknamed and respelled as "Cisco" Ramón. After Cisco was caught in the event horizon of a Boom Tube when Darkseid's forces attacked Earth, his vibrational frequency was set out of sync with the rest of the world, making it impossible to film or photograph him, and leaving him able to sense dimensional disturbances and generate shock waves. He joined Steve Trevor's Justice League of America, and received his own short-lived series, Justice League of America's Vibe. He disappeared during Forever Evil (2013), his fate currently unknown. 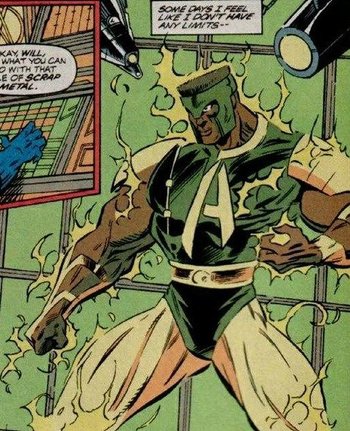 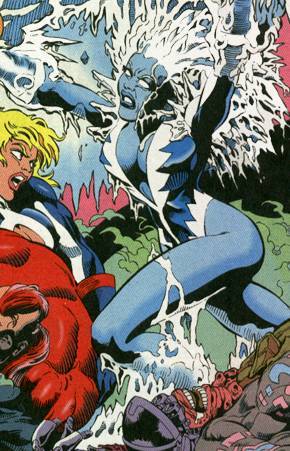 One was the first heroine to use the name and for a time was replaced by Ice. After Ice had left the Global Guardians, joined the Justice League International, and was killed by the Overmaster, Sigrid re-emerged. She chose to honor the fallen heroine by serving as her replacement in the Justice League.

Abilities: Electromagnetic Manipulation
Every time I see a light at the end of the tunnel... it's just the headlamp of another oncoming train.

Triumph was one of the founding members of the Justice League. In fact, it was he who assembled the League. But a Negative Space Wedgie sent him to limbo and erased him from history, removing everyone's memory of him. When he got back, needless to say, he was pissed. After making waves in the League, he was punted off to the team's training group, the Justice League Task Force, and soon after quit in anger. In desperation, he made a deal with the demon Neron that resulted in him turning evil. After an unsuccessful attempt at destroying the League, he was turned to ice by The Spectre, and kept in the trophy room of the JLA Headquarters. The HQ was eventually blown up in a later story, with him still inside. 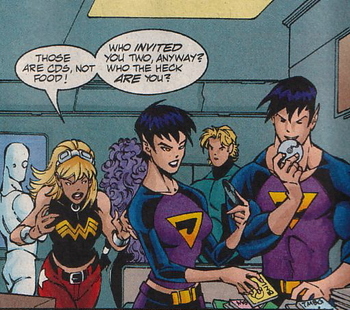 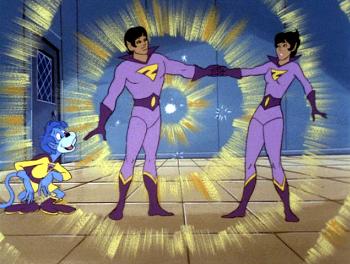 A pair of characters based on them (Downpour and Shifter) also appeared in an episode of Justice League Unlimited ("Ultimatum", and clones of them in "Panic in the Sky"). Another version of them also appeared on the the Smallville episode "Idol." They appeared in Teen Titans Go! as well, with them briefly joining the team. Adult Swim once created five shorts called The New Adventures of the Wonder Twins, which was a more adult, Dark Comedy take on the twins. 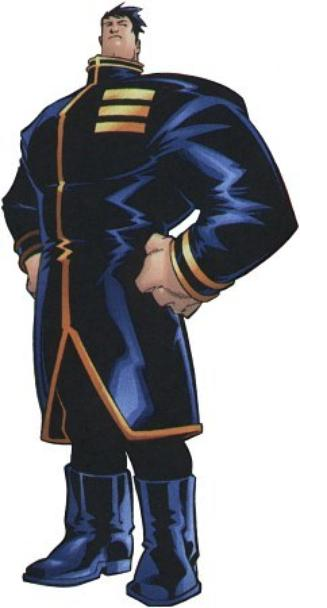 Major Disaster is a super-villain and enemy to Green Lantern with the ability to cause chaos and natural disasters. This involves probability manipulation. His career began as a cheap criminal who hired scientists to develop high-tech weapons, although he later internalized their effects and gained super-powers. Later in his career he became a hero when Maxwell Lord invited him to join the Justice League. 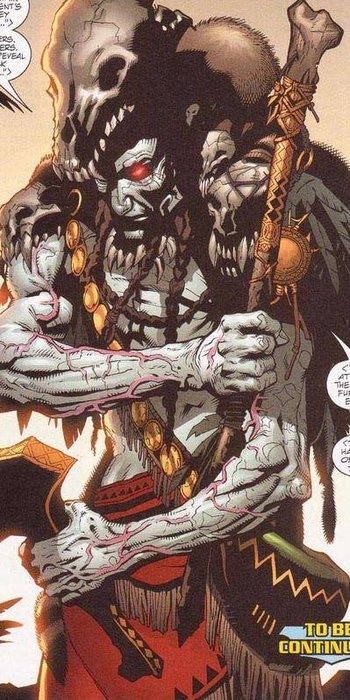 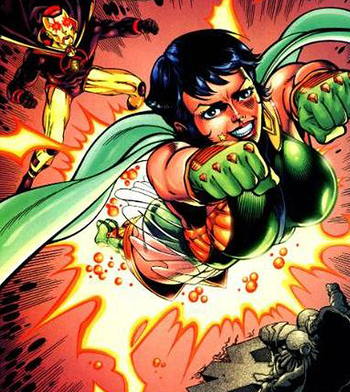 A robot created by Professor Ivo & T. O. Morrow to destroy the team, she overcame her programming at the cost of her own life. During the Trinity event, she was a superhero in the altered universe. Upon learning of her fate in the original universe, she decided to change it back anyway to save the world from the Troika. However, afterwards, a woman resembling her named Clara Kendall was spotted in the reformed universe. 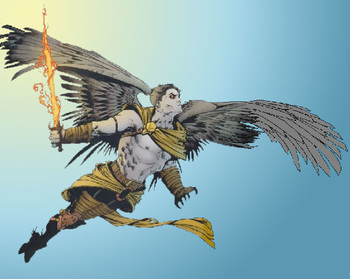 Zauriel was once a member of the Eagle Host, one of the Four Angel Hosts of Heaven. Then he fell in love with a mortal female and willingly gave up his Divinity to be with her. Now mortal, he lives among us as Heaven's Mortal Champion. 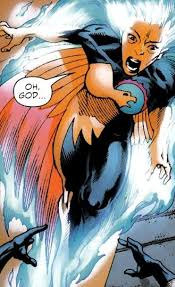 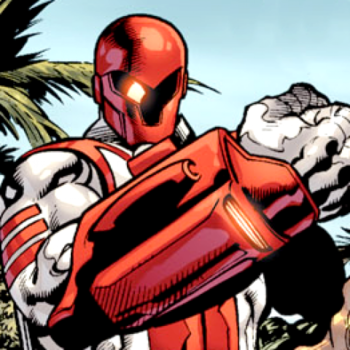 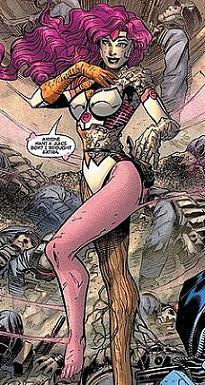