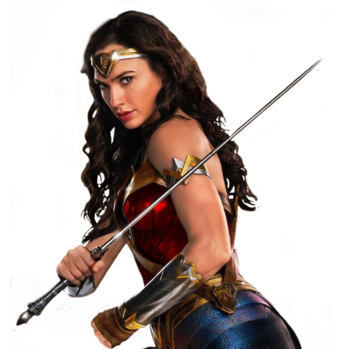 "They said the Age of Heroes would never come again."
Click here to see Diana Prince 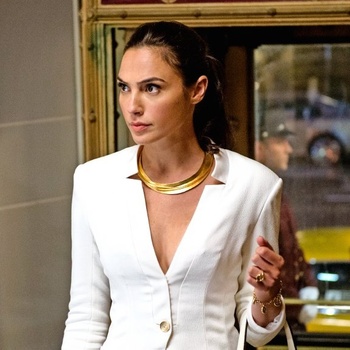 "Oh, I don't think you've ever known a woman like me."

Appearances in Other Media: Serving up Justice | Peacemaker

"I used to want to save the world, this beautiful place. But the closer you get, the more you see the great darkness simmering within."

The princess of the isle of Themyscira, Diana is an ageless, proud and fierce Amazon warrior. She is the daughter of Queen Hippolyta and Zeus, king of the Gods of Olympus, which makes her a demigoddess.

After a blissful childhood and years of training on Themyscira, she decided to intervene in the world of man as it was torn apart by the Great War. It proved to be a traumatising experience for her, and she restrained from intervening again in mankind's affairs... until particular circumstances made her change her mind almost one century later, though that didn't mean she didn't face peril in the meantime, such as in 1984. To better blend in the human world she now lived in, she took on a secret identity, that of an art restorer working for prestigious museums, using the alias "Diana Prince" that was made up by the man who became the love of her life, Steve Trevor.

She ended up helping mankind again, and joined the Justice League to repel a new Apokoliptian invasion. 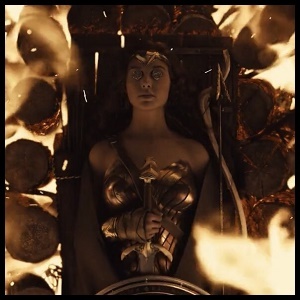 Wonder Woman perishes against Darkseid in the nightmarish alternate future Cyborg has visions of when interacting with the Mother Boxes. 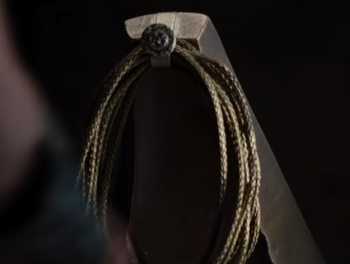 "The lasso compels you to tell the truth."

Wonder Woman's signature weapon. The Lasso of Hestia is the truth given physical form. It is unbreakable and anyone caught in its snare is forced to tell the truth. 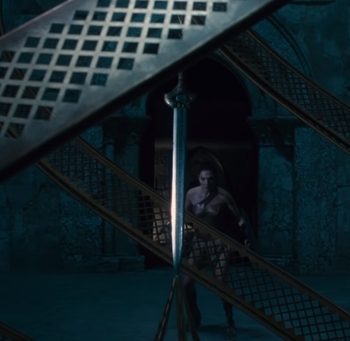 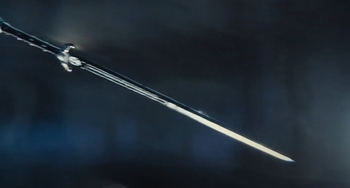 The swords wielded by Diana. She uses two named swords: The Godkiller Sword (used in World War I) and the Sword of Athena, which she uses in every other appearance. 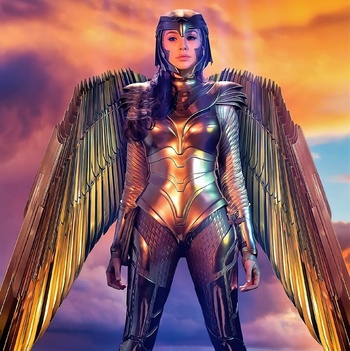 A golden suit of armour worn by the legendary Amazon Asteria. It was forged from the combined armoury of all the other Amazons to allow Asteria the ability to fend off an army while the Amazons escaped. Diana would eventually recover the armor.

For information on the armor's original wearer, see here.