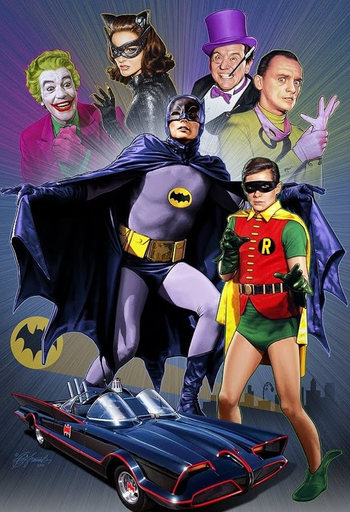 Characters that appear in the 1960s Batman TV series and its film, as well as the revivals of its universe/continuity (the Batman '66 comics and the animated films Batman: Return of the Caped Crusaders and Batman vs. Two-Face). This universe is also (briefly) featured in 2019's Crisis on Infinite Earths, as "Earth-66".