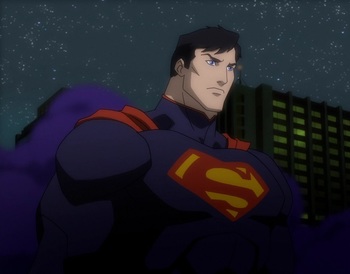 Voiced by: Alan Tudyk (War), Jerry O'Connell (all other appearances)

The sole survivor of the planet Krypton and protector of Metropolis. 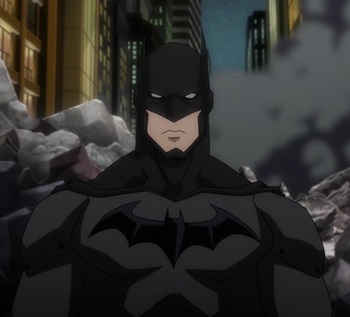 A billionaire philanthropist and vigilante protector of Gotham City. 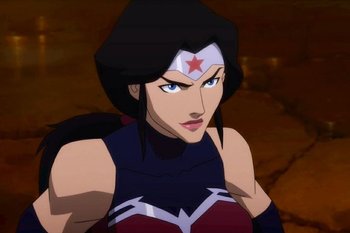 Voiced by: Michelle Monaghan (War), Rosario Dawson (all other appearances)

An Amazon warrior, princess and diplomat. 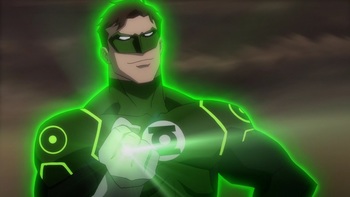 Voiced by: Justin Kirk (War), Nathan Fillion (all other appearances)

An Air Force pilot and member of the interplanetary Green Lantern Corps. 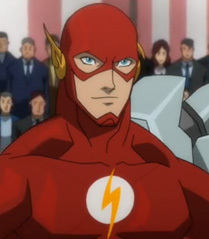 A forensic investigator who can run at super speed.

A child who can summon magical powers and become adult in appearance by saying the word "Shazam". 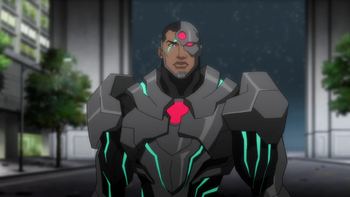 A high school football player who during the events of Justice League: War gets nearly killed, but thanks to his father he was healed with alien technology that grafted itself to him, making half-man half-machine. 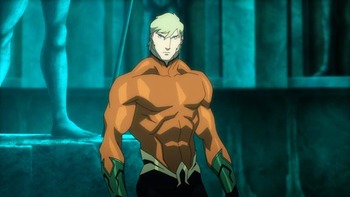 A half-human, half-Atlantean who is one day called to rule the Kingdom of Atlantis.

A former marine and the second human Green Lantern.

A winged warrior that fights with a mace made of Nth Metal. 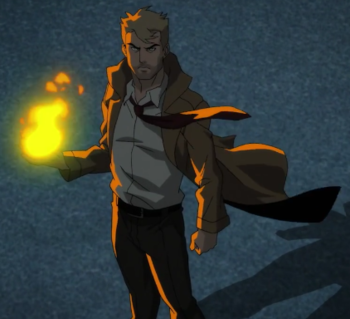 A British sorcerer and master of the Dark Arts. Known for being all trench coat and arrogance, John Constantine travels the world fighting against dark powers and keeping dangerous artifacts out evil hands but the hard choices he makes during his adventures leave him with few friends. 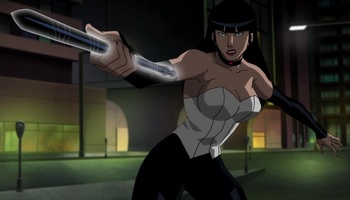 A stage magician with powerful supernatural abilities which she fears losing control over. 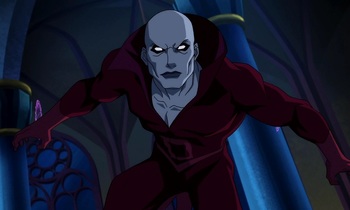 The ghost of a circus acrobat who was assassinated during his trapeze act. In life, Boston Brand was a selfish jerk who took advantage of the people around him and looked out for number one. In death, his spirit has been empowered by the goddess Rama Kushna to bring his killer to justice, as well as find justice for others who cannot find it themselves. 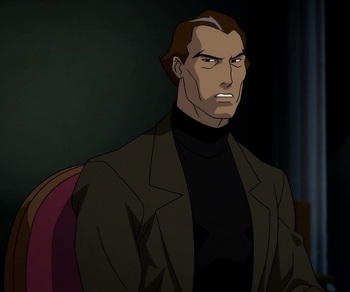 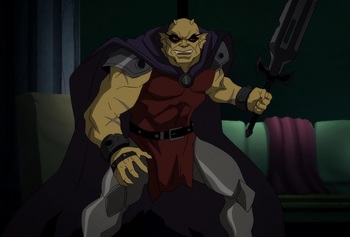 A knight of Camelot who was bound to Etrigan the Demon by Merlin. He loathes the bond and has spent centuries looking for a way to break it. 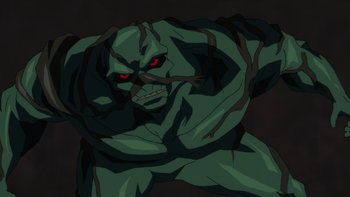 Formerly a normal human called Alec Holland, his corpse was mutated by a magic swamp, turning him into a monster. Now calling himself Swamp Thing, he devotes his life to protecting the "Green", an elemental force that enables plants to live.

The magical embodiment of the House of Mystery's will.