For characters that appear in the sequel, Dark Chronicles/Dark Cloud 2, please go here. 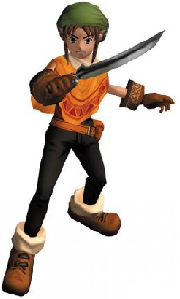 When the Dark Genie attacked Norune Village, Toan was saved by the Fairy King. Toan was gifted with the Atlamilla, a magical stone allowing Toan to open the Atla containing pieces of various villages and their people and restore the world around him. His default weapon is a dagger, but he can use a wide variety of blades, from the lowly kitchen knife to the Chronicle Sword. 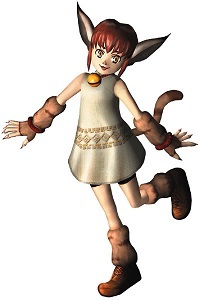 Xiao was originally a cat found in the Divine Beast Cave. After a battle with Seda, Toan was gifted a special potion that allowed him to change an animal into a human. Xiao was given the potion and became a cat girl. Very devoted to Toan, she immediately joined him on his quest to rebuild the world and stop the Dark Genie. She uses a variety of slingshots, including one that talks. Her specialty is jumping over gaps in dungeons that feature pillars she can use as a sort of stepping stone. 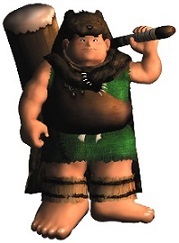 Goro is the son of a powerful and respected hunter named Fudoh. Fudoh became ill and sought out the Great White Snake to meet his end in battle. Goro never knew how his dad died, but the villagers knew. Since they never told him, he developed a hatred of them. When Toan retrieves Fudoh's Bone Pendant from the Great White Snake, Goro agrees to accompany him. His main weapons are hammers and axes. He can be used to hit large switches in dungeons.

A genie unleashed by King, a slick man who lives in Queens. Wields magic rings, and can activate certain triggers.

A warrior from Muska Lacka. Wields spears, and can clear away smoke that blocks passages.

Chief inventor of the Moon People. Wields guns, and can fly across gaps that Xiao cannot jump across as they lack the pillers, as well as those she can. Reappears as an NPC in Dark Chronicle

When the Dark Genie destroyed several villages in the opening of the game, the King of the Fairies saved the people and structures by sealing them inside Atla. He gave Toan the Atlamilla, a stone allowing him to open the Atla and rearrange the world around him. He also drops by to give instructions to Toan from time to time whenever a new game mechanic is introduced. He knows about Seda and the Dark Genie and considers the Dark Genie to be a grave threat to the world. However due to the Genie and Faeries having the same kind of magic, he and his kin are powerless to stop it. 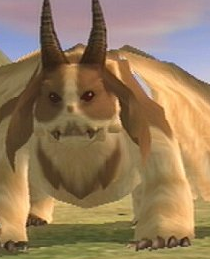 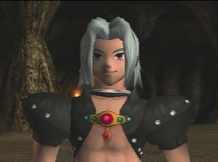 A mysterious man that keeps crossing paths with Toan. Eventually revealed to be the king of the game's magic kingdom, which was fighting a war against a technologically-advanced kingdom - and losing it. He accepts a dark power from a witch into himself to ensure his country's victory, but when his fiance, Sophia, is killed by an assassin meant for him, the resultant emotional breakdown gives the dark power form as the Dark Genie. During the course of the game, he is time travelling to Toan's era (his own future), to try and make things right. 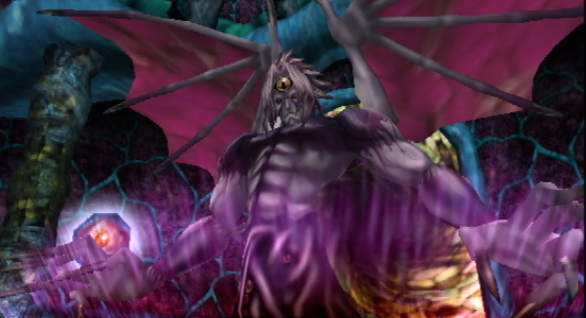 A dark genie being unleashed upon the world that threatens to destroy it.